Exotica. The term is often misunderstood and confused with erotica, which is a completely different animal. Although it’s sometimes accompanied by scantily-clad dancers, Exotica is really about music. Tiki music.

Like Tiki, Exotica is about escape. It’s a form of music that takes its listeners to a faraway place and time. One could argue that the earliest Exotica music was created by Romantic-era composers, e.g. Ravel’s Bolero and Rimsky-Korsakov’s Scheherazade. There is some merit to this idea, but the term “Exotica” was coined in the mid-20th Century to describe the music of Martin Denny. It’s a style of music heavy on percussion, including many types of drums, keyboards, and vibes. It also can include exotic animal noises, like bird calls and monkey screams, usually created with a human voice. One variant of Exotica, known as Hollywood, added lush arrangements of strings and horns to make the escape even more dramatic.

So, here are the Exotica albums I’ve come to enjoy over the years, covering a broad spectrum of the genre.

Raymond Scott Quintette: Reckless Nights and Turkish Twilights (1992). Recorded between 1937-39, the Raymond Scott Quintette’s music sounds as vibrant today as it did 75 years ago. This was the precursor to Exotica: music evocative of a distant and exotic place. Anybody who grew up watching Loony Tunes or Ren & Stimpy would instantly recognize Raymond Scott’s amazing music. 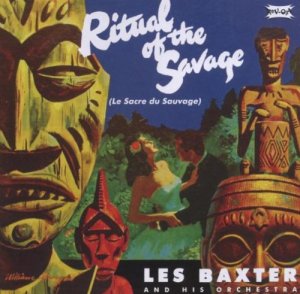 Les Baxter: Ritual of the Savage (1951). This has been called the most important album of the entire genre. It sounds like a Hollywood movie soundtrack to me. Les Baxter was a pioneer in mixing lush, orchestral music with primitive instruments and vocals, but I prefer the more stripped-down version of Exotica that was soon to follow.

Martin Denny: Exotica (1957). For my money, this is the greatest Exotica album of all time. Hell, it gave the genre its name! Martin Denny’s version of Les Baxter’s Quiet Village set the standard for everything that followed: a simple arrangement of percussion and animal calls that still manages to transport you to another world. 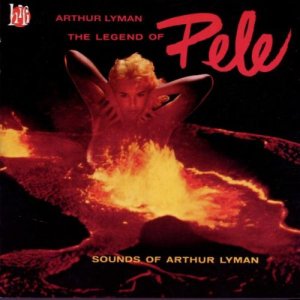 Arthur Lyman: The Legend of Pele (1959). Taking Exotica a step further, Arthur Lyman used his Hawai’ian heritage to focus his musical getaway. On this album named for the goddess of fire and volcanos, he even does a cool version of Scheherazade. If you know of the story of Pele, this is a very appropriate anthem for her.

Tikiyaki Orchestra: Aloha, Baby! (2011). These guys from California ushered in an Exotica revival. Their Polynesian theme and Hawaii Five-O references breathed new life into this mature musical style. How many bands do you know with their own airline, resort, and shuttle bus complete with a Mai-Tai bar? Aloha, Baby, indeed!

Ìxtahuele: Pagan Rites (2013). Exotica from overseas should not be surprising, and Ìxtahuele from Sweden does not disappoint. Their percussion-heavy sound is directly descended from Martin Denny and Arthur Lyman, but their rhythms and melodies are uniquely beautiful. If Thor Heyerdahl and his team of Norwegians could chase Tiki, why not 5 guys from Gothenberg?

Elliot Easton’s Tiki Gods: Easton Island (2013). Yup, that Elliot Easton, lead guitarist for the ubiquitous rock band, The Cars. Easton Island is his side project making Tiki music, but driven by guitar. This is an unusual move that really works, thank’s to Easton’s clever melodies and homage to a broad range of music, from Surf to Spaghetti Westerns. Let the good times roll!

The Left Arm of Buddha: Exotica Music and Other Savage Stuff! (2013). Another import from across the pond, this time from Belgium. I just saw this group perform at The Hukilau, where they made their American debut. What a show! 8 musicians, 3 dancing girls, 1 wacky fez-wearing emcee with broken English, a video screen playing campy old movie clips, all added up to great Tiki theatre. Shades of Les Baxter and Hollywood, Belgian style!

Gold Dust Lounge: Lost Sunset (2014). It’s hard to categorize this band I also just saw for the first time at The Hukilau. Leader Russell Mofsky claims many diverse influences, including Ravel’s Bolero for the title track, Lost Sunset. I hear Arthur Lyman when I play that song. Gold Dust Lounge spans many of the Tiki music genres (and beyond!), but for the purposes of this post, I will declare Exotica.

What amazes me the most about these artists is that they all created original compositions. There are very few covers in Exotica (with Martin Denny’s version of Les Baxter’s Quiet Village one notable exception). With new performers from around the globe playing this diverse style of music, Exotica is in good hands. It is the brightest star in the Tiki galaxy of sound.