Lounge music. The term evokes a range of images, from a cheesy singer playing piano in a hotel bar, to a glitzy big band vocalist belting out standards in Vegas. In any case, the singer is the star of the show, be it a lowly lounge lizard, a sultry siren, or one of the Rat Pack crooners fronting a big band.

The lounge music I’ve enjoyed over the years parallels the rise, fall, and rebirth of Tiki. Lounge really hit its stride in the Mid-Century era of the 1950s-60s, and enjoyed a revival in the 1990s, just like Tiki. This versatile musical genre is still going strong today, though it is evocative of a time long gone.

Here, then, are the lounge albums I’ve listened to since the 1980s. My enjoyment of most of this music predates my love of Tiki, so perhaps it was a precursor for me. Or, yet again, worlds colliding. 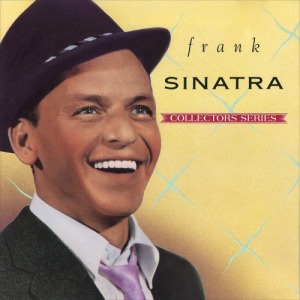 Frank Sinatra: Capital Collectors Series (1989). The Voice. Arguably the greatest vocalist ever, Frank Sinatra began his singing career in the 1930s with big bands during the Swing era. I believe he peaked during his Capitol Records years, 1953-60, which coincided with his rise as a movie actor. Sinatra set the table for all Lounge singers who followed him. 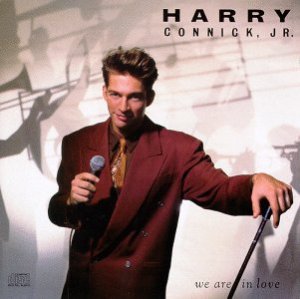 Harry Connick, Jr.: We Are In Love (1990). One of the young bucks who followed in Sinatra’s footsteps, Harry Connick, Jr. was a child prodigy from New Orleans who began performing at the age of 5. Like Sinatra, he parlayed his early success as a Lounge/Big Band vocalist in the 1990s into an acting career, both in movies and television.

Louis Prima: Capital Collectors Series (1991). Louis Prima was a versatile musician of great longevity. He began his career with a New Orleans Jazz band in the 1920s, led a Swing combo in the 1930s, a Big Band in the 1940s, and a Vegas Lounge act in the 1950s. Prima perfected the Jump Blues Lounge style during his Capitol Records years, 1956-62. Anybody whose original music sounds just as good as future covers by Brian Setzer and David Lee Roth was ahead of his time. Louis Prima brought high energy to Lounge! 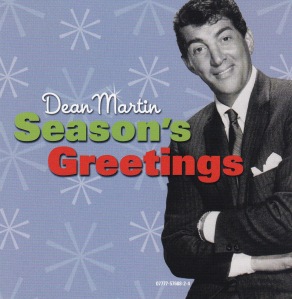 Dean Martin: Seasons Greetings (1992). Who doesn’t love Christmas music? Lounge artists have made their fair share of holiday albums, and then some. Of all of the Rat Pack’s efforts, Dean Martin’s are my favorite. His smooth, comfortable voice was the perfect vehicle for conveying the warmth of Christmas music. Dino’s version of Baby It’s Cold Outside is one of my favorite holiday tunes ever. 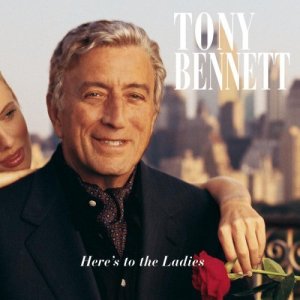 Tony Bennett: Here’s to the Ladies (1995). Speaking of smooth, here’s another cat that’s been singing forever. Tony Bennett started singing jazz songs in the 1950s, peaked in the 1960s, faded in the 1970s and 1980s, came back strong in the 1990s and is as popular as ever today (Is this pattern getting old yet?). Although he doesn’t have the greatest voice, Bennett’s style is so natural that it seems he was born to sing Lounge music.

Cherry Poppin’ Daddies: Zoot Suit Riot (1997). The Swing music revival of the late 1990s didn’t last very long, but its impact on Lounge music is undeniable. Cherry Poppin’ Daddies introduced a new generation of music lovers (like me) to the Jump Blues style made famous by Louis Prima 40 years earlier. Their music was full of energy and had a sense of humor more biting than Prima’s, which seems corny by comparison. 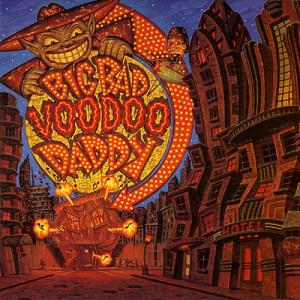 Big Bad Voodoo Daddy: Americana Deluxe (1998). This band did Cherry Poppin’ Daddies one better with their unforgettable soundtrack to the movie Swingers. Who hasn’t danced to their hit song Go Daddy-O? I know I start dancing whenever I hear it! Big Bad Voodoo Daddy has managed to maintain their popularity while the rest of the Swing revival hasn’t, as they continue to tour to this day. 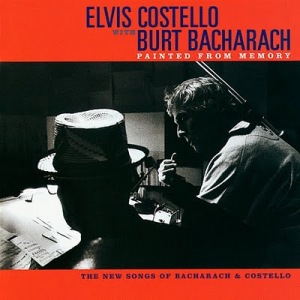 Elvis Costello and Burt Bacharach: Painted from Memory (1998). This was a most unlikely collaboration. Burt Bacharach was the composer of many Easy Listening hits in the 1960s. Elvis Costello led the New Wave of Rock&Roll music in the early 1980s. Together, they created a collection of heartfelt, spellbinding music, the likes of which hadn’t been heard in years. A perfect Lounge album.

Diana Krall: The Look of Love (2001). Not to be outdone by her husband Elvis Costello, Diana Krall has made a name for herself as a Lounge singer. Her sexy voice (think Kathleen Turner), stunning good looks, and piano-playing ability add up to the total Lounge package – une chanteuse par excellence. I could listen to Diana Krall, or better yet watch her perform, all day long. 😉

Martini Kings: Lost in Paradise (2010). Like Elvis Costello, Tony Marsico cut his chops in Rock&Roll bands, playing bass with many big stars (Bob Dylan, Roger Daltrey) and as the regular bass player for Matthew Sweet for 10 years. With his current band, Martini Kings, Marsico has carved out a cool niche playing upright bass in a classic Lounge combo. They are in great demand in the Modern Jazz circles of Southern California and beyond. My favorite Martini Kings tunes include female vocalist Kate Campbell, who gives the band a smooth, sexy sound with a retro feel. I hope to see them perform in-person some day.

The music in these albums could be the soundtrack to many a painting by SHAG. It’s no wonder I fell in love with his artwork, and apropos that I stumbled upon it while searching for cover art for my first mix CD, Panda’s Swinging Cocktail Hour, which included a heavy dose of this music. I guess it really is a case of worlds colliding for me that Lounge and Tiki are so intimately connected.

Hawai’ian. Hapa Haole. Tahitian. Be it native or blended, this music captivates my soul and carries me off to a Polynesian island when I hear it. That’s why I love it so much.

America’s love for Hawai’ian music predates the Mid-Century Tiki craze, and actually began in the early 20th Century. On the heels of the Polynesian-inspired art of Paul Gauguin, the writings of Jack London, and the early motion pictures of 1920s Hollywood, Hawai’ian music became very popular with the coming of age of the radio and record industries. People were mad for music made with ukuleles and steel guitars, and an entire business sprung up to teach folks how to play these exotic instruments. What started as a purely Polynesian sound slowly morphed into a Western phenomenon.

Hapa Haole music is music of Hawai’ian origin that has been Americanized with English lyrics and rhythms. Like Tiki, Hapa Haole is a blending of Polynesian and American cultures. Most of the “Hawai’ian” music I’ve come to love over the years is actually Hapa Haole, with a few exceptions. Here are the albums I’ve had in my rotation over the past 10 years of my Tiki obsession.

Jerry Byrd: Byrd of Paradise (1961). One of the pioneers of steel guitar in Hawai’ian music, Jerry Byrd was also a teacher of this distinctive style of guitar to Country and Rock & Roll musicians. I borrowed this CD from the library to acquaint myself with early Hapa Haole music. Classic stuff.

Chants et Danses de Tahiti (1987). Now this is authentic Polynesian music, with no Western influence to speak of. I was fortunate to pick up a copy of this out-of-print CD on eBay from somebody in England. Many of these tracks were featured on the old music loop played at The Polynesian Resort in WDW, which is why I was looking for this album. Merci Tahiti!

Roland Cazimero: Waikiki’s Greatest Hits, Now! (1990). Here is modern Hawai’ian music at its finest. Roland Cazimero melds the 12-string guitar with his native island music in a style that is distinctly Hawai’ian and Western. This was another find from The Polynesian Resort music playlist. 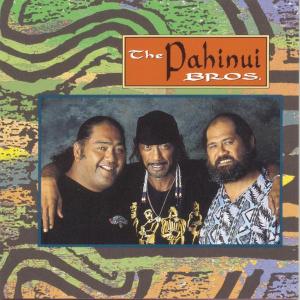 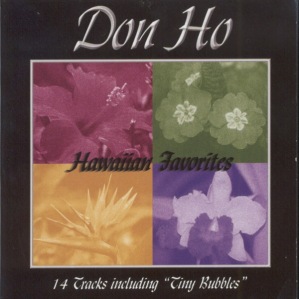 Don Ho: Hawaiian Favorites (1994). Don Ho is the undisputed king of Hawai’ian music. His crooning style transcended the music of his native land and landed him in the rarified air of Las Vegas stars like Frank Sinatra, Tom Jones, and Elvis. Don Ho’s Tiny Bubbles is the perfect blend of Hawai’ian and Lounge music. 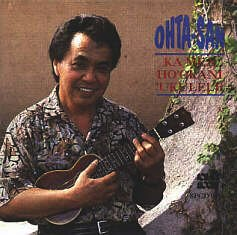 Ohta-San: Ka Mea Ho’okani ‘Ukelele (1996). Herb “Ohta-San” Ohta is a Hawai’ian ukulele virtuoso who began performing at the age of 9. His style of music is diverse, and has been categorized as Pop, Jazz, Instrumental, as well as Hawai’ian. His nickname “Ohta-San” was bestowed upon him in Japan, where he played many times and his music is revered. Did I mention I also picked up his music while searching for artists from a The Polynesian Resort’s music loop? 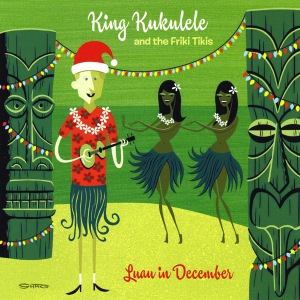 King Kukulele and the Friki Tikis: Luau in December (2008). Speaking of ukulele music, few artists have as much fun with this instrument as Denny Moynahan, a/k/a King Kukulele. His blend of humor, storytelling, singing and playing make him the perfect host for any Tiki event. I was fortunate to see King Kukulele live at this year’s Hukilau, an event he’s emceed for years. Thanks for the wonderful entertainment, KK!

So I’ve always liked Hawai’ian music, but it took a couple of stays at Walt Disney World’s Polynesian Resort to make me love it enough to search out more of it.  In trying to recreate the playlist from my happy place, I discovered a much deeper world of music from Polynesia. Now I can send myself to the South Pacific whenever I crank up my tunes. Aloha from Paradise!

Have you ever pictured your own funeral? It’s only natural, I think. I’ve been there, and one thing I know: the music’s going to be great. Why? Because I’ve already picked it out. That’s right – just like Mozart writing his own Requiem, I’ve put together a mix of music I want played at my funeral. And I listen to it all of the time.

So what makes for a good soundtrack for your own funeral? It’s got to be music that represents you. For me, that’s a pretty eclectic mix, but it starts with the classics, from both the Classical and Romantic periods. 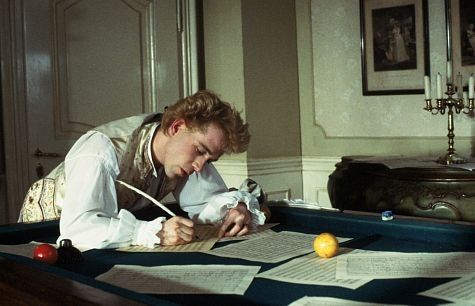 Mozart’s Requiem. Ever since the movie Amadeus, I’ve loved the story of this piece. Even if it’s not historically accurate, it makes for a great story, and fits my story, since I’m also writing my own death mass, so to speak!

Dvorák’s 9th Symphony. My favorite classical composer. Ever. Maybe it’s my Slavic roots, or the melding of Old World and American melodies in Dvorák’s music. I’ve chosen the 4th movement, because the opening always reminds me of the theme from the movie Jaws. Very dramatic.

Wagner’s Götterdämmerung. Again a movie reference, this time from my favorite movie of all-time, Excalibur. There’s something about the haunting refrain from Wagner’s Siegfried’s Funeral Music and Final Scene that gets to me, every time I watch King Arthur dying in battle and being carried off on a boat into the sunset of Avalon. Perfect way to end it all!

Lest I come off as too pretentious, I’ve also mixed in a bunch of 20th century music. Less dramatic, but more reflective. Songs like The Beatles’ In My Life, The Rolling Stones’ No Expectations, Frank Sinatra’s It Was A Very Good Year. The Doors, Led Zeppelin, and Aerosmith round out my high school years, while I also threw in some of my more recent favorites by Cake, Chris Isaak, Liz Phair and Nirvana. Plus a few other surprises.

All of these songs speak to me, and speak from my heart. I hope that when you hear them, you’ll think of me. Even before I’m dead. Mahalo!