All the world’s a stage, and Tiki is no exception. To wrap up this series on the Tiki ohana, I’m going off script a bit to highlight both groups and individuals who entertain us. Hell, one of the groups isn’t even human! No matter. All of these folks have created a legacy of keeping the Tiki torch alive through song, dance, fire, water, food, drink, and great service. Mahalo to you all! 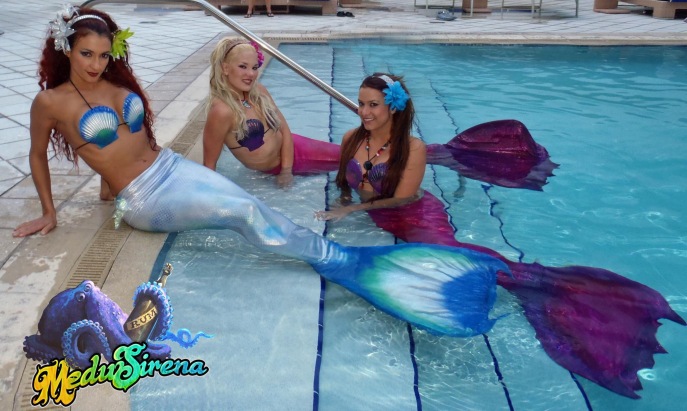 MeduSirena Marina. Mermaids are real. This one not only beguiles the Tiki ohana with her underwater maneuvers; she also eats fire, dances as a space-alien slave girl, and is a budding photographer. Marina Anderson, a/k/a MeduSirena Marina, has been holding court at the Wreck Bar in Fort Lauderdale’s Yankee Clipper hotel since 1989. She and her pod of aquaticats have also taken their show on the road, performing internationally wherever a pool with a porthole view has called them. Marina has single-handedly revived this art form from the Mid-Century, and pays tribute to the mermaids who came before her with an amazing show. I was fortunate enough to catch her act last year during The Hukilau, and observed all the behind-the-scenes work that goes into her show. Okole maluna, Marina!

King Kukulele. Denny Moynahan plays the ukelele. But he does so much more! Under his stage name, King Kukelele, he has performed all over the world, entertaining audiences with his mix of music, comedy, and storytelling, all while wearing his Hawaiian straw hat and grass skirt. King Kukelele is a staple at Tiki events like Tiki Oasis and The Hukilau, where I caught his show in-person for the first time last year. I also enjoy his music on CD, which you can check out here: King Kukelele and the Friki Tikis. Mahalo, King Kukelele!

Mai-Kai Restaurant and Polynesian Show. There is no greater example of Polynesian culture, outside of the Pacific Ocean, than The Mai-Kai. Opened in Fort Lauderdale FL in 1956, The Mai-Kai is still going strong with their combination of tasty food, authentic Tiki drinks in their Molokai Lounge, ubiquitous Tiki decor (both inside and in their lush outdoor gardens), and the best Polynesian song and dance review I’ve ever seen. I first visited this Tiki Mecca 3 years ago, then returned last year during The Hukilau, which was quite the eventful trip for me! I would highly recommend a visit to The Mai-Kai for anybody who wants to learn what Tiki is all about. Aloha! 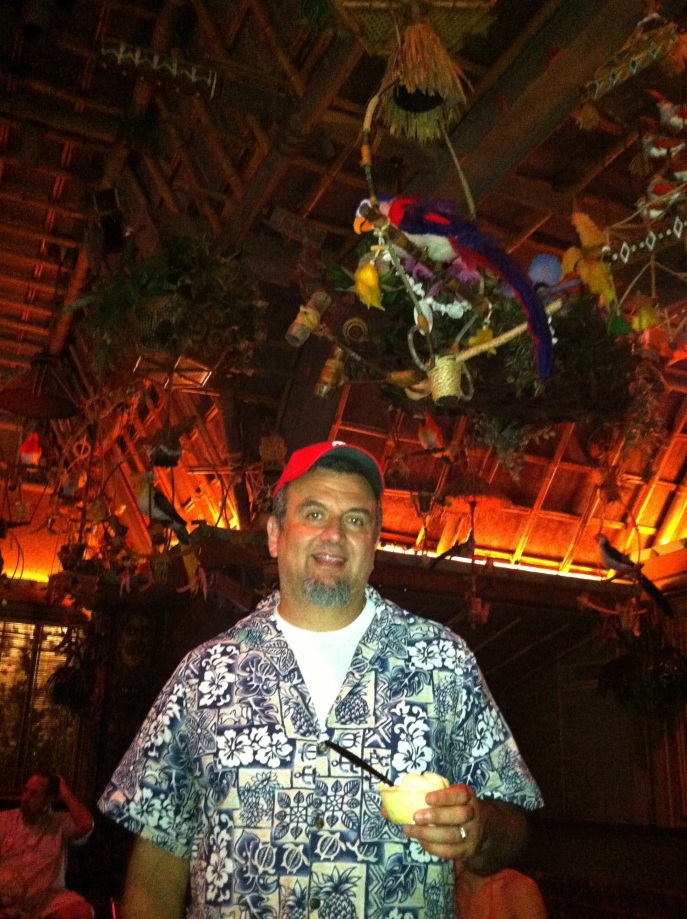 Walt Disney’s Enchanted Tiki Room. This amazing attraction has been entertaining visitors to Disneyland in Anaheim CA since 1963. I first enjoyed this show at Walt Disney World in Orlando FL in 2008, but I was fortunate to see the original during its 50th anniversary celebration 2 years ago. The amazing animatronic display must have been a revelation to visitors fifty years ago! It still enchants the Tiki ohana to this day. I particularly like the courtyard area at the Disneyland Enchanted Tiki Room, where seven Tiki gods tell their stories and Dole Whips are available for purchase. Yum, Dole Whip 🙂 Mahalo, Walt Disney and your wonderful Imagineers!

Walt Disney World’s Polynesian Village Resort. No place offers a more complete immersion into Tiki paradise than this, my happy place. The Polynesian Village Resort opened with the rest of the original Walt Disney World in Orlando FL in 1971. Disney calls their employees “Cast Memebers,” and at The Polynesian, that’s really appropriate! From the minute you pass the sign at the entrance, every person greets you with a warm “aloha” and smile. The buildings are all authentically Polynesian, the amenities are cozy, the food is fantastic, and the Tiki drinks are fist-rate. We’ve been to Walt Disney World for five family vacations (so far), and I would never dream of staying anywhere else. Until we meet again, Auntie Kaui and the rest of the cast members, aloha!

For more detailed reporting on these performers, please check out my previous blog posts: